Topdressing SO4 on Corn and Soybeans 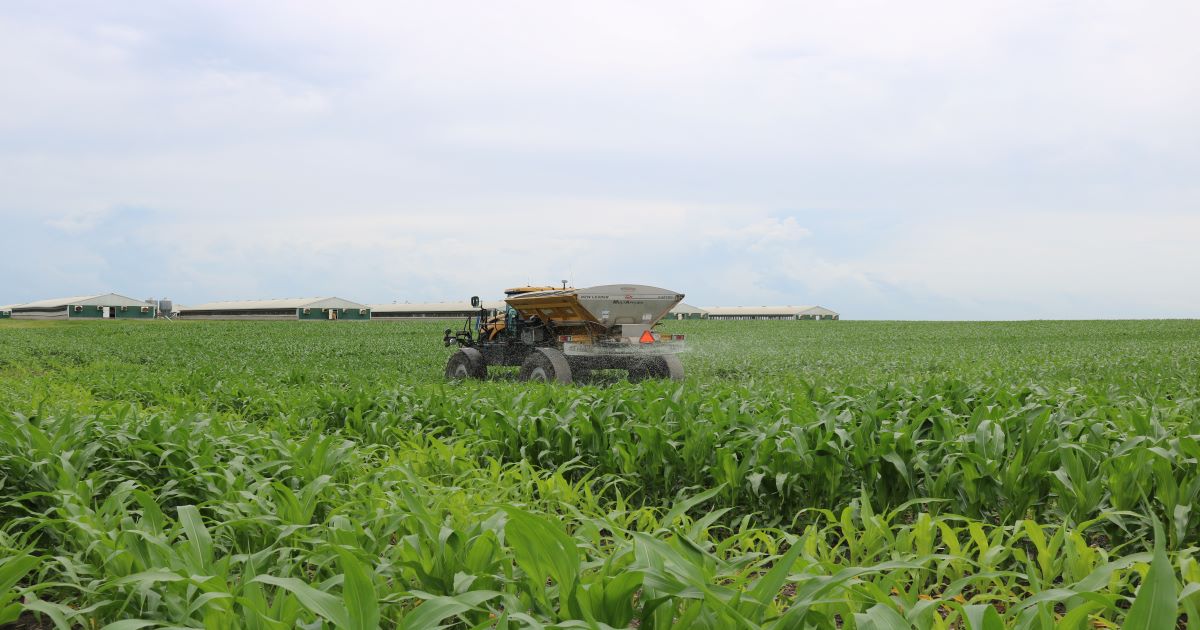 Get crops the sulfur they need
Whether you are responding to nutrient deficiencies or topdressing as planned, applying SO4 pelletized gypsum as a topdress application on corn and soybeans is an excellent method of delivering needed sulfur. More than 50% of the crop’s sulfur uptake occurs after the R1 reproductive stage for both corn and soybeans, which highlights the importance of using a sulfur source with season-long release.

SO4 + nitrogen on corn
On corn, a common practice is to blend nitrogen with SO4 and topdress from V4-V7.

If you’re interested in topdressing a nitrogen and SO4 blend, here are the do’s and don’ts.

If you’re already topdressing AMS, you may want to consider the benefits of SO4.

SO4 has a strong and steady sulfur release. AMS is 300x more soluble than SO4 and more prone to leaching. You can count on the sulfur from SO4 being plant available throughout the growing season.

SO4 has less burn potential than AMS. Fertilizers with a high salt index are more prone to burn plants and replacing AMS with SO4 will reduce the overall burn potential of the blend. Click here for more details on salt index

SO4 on soybeans
Simply put, SO4 is the perfect sulfur fertilizer for soybeans. Because SO4 doesn’t contain nitrogen and won’t acidify the soil, it doesn’t negatively affect nodulation. Plus, why pay for nitrogen you don’t need?

Topdressing soybeans should occur as early in the season as possible, but we have seen benefits to topdressing beans into early July. With each passing year, soybeans are showing a stronger response to sulfur – possibly due to additional reduction of stored soil sulfur, so being proactive about your soybean sulfur management is more important now than ever before.